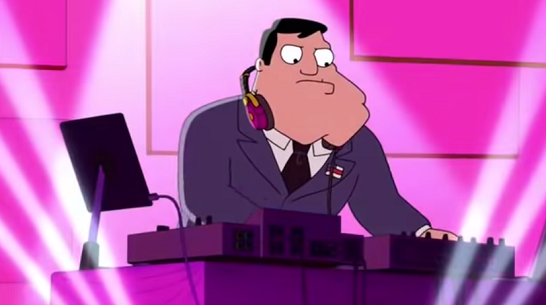 He becomes a DJ to thwart his boss at the CIA, who is moonlighting as DJ Buttercup. In reality, Stan's set is just a downloaded YouTube clip from real DJ/producer Sam F. And his victory is just part of a psychedelic trip.