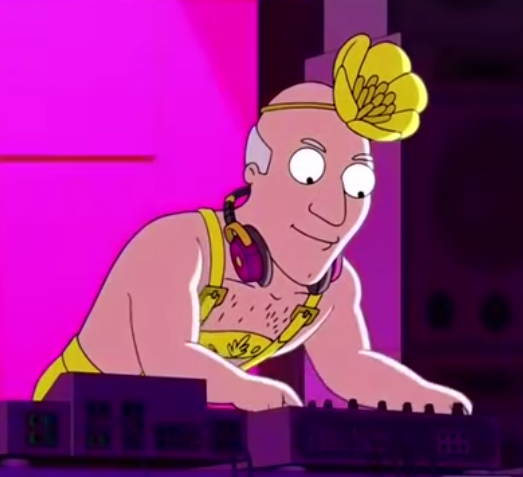 Clad in golden lederhosen, sleep-deprived, and strung out on drugs, he keeps sending his agents into more dangerous and nonsensical missions. Employee Stan Smith is forced to try to bat him in a DJ contest so Bullock will stop DJing and focus on work. Stan performs as the titular Standard Deviation.