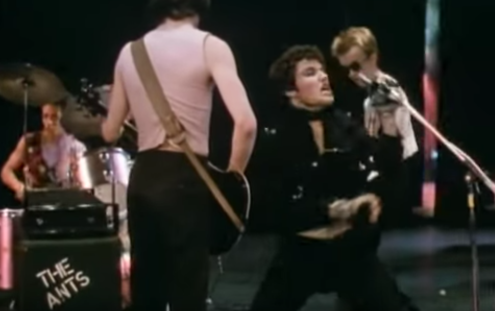 Singer Kid (Adam Ant) is taken in by a violent, all-female street gang. Later, he is signed by music mogul and megalomaniac Borgia Ginz (an over-the-top Jack Birkett) who christens the Kid's band "Scum," and proclaims, "As long as the music's loud enough, we won't hear the world falling apart!"

Ginz has turned Buckingham Palace into a recording studio, and Westminster Cathedral into a disco, and hilariously has a retired Adolf Hitler as his flatmate.