A Phantom-of-the-opera-esque local legend from the "Noric - the Maniac of the Opera" story in the comic book Captain Aero Comics #13 (vol. 3, #11, January 1944). He haunts the "International Opera House" in or near Washington, D.C.

He tries to assassinate Artura Merez (or Melez, it's printed both ways in the story), the president of the fictional South American republic of Comania, on the eve of Comania joining the Allied Powers. Tracked down and beaten up by superhero Miss Victory, he turns out to really be Nazi agent Hans Shroder, the former conductor of the opera house's orchestra. 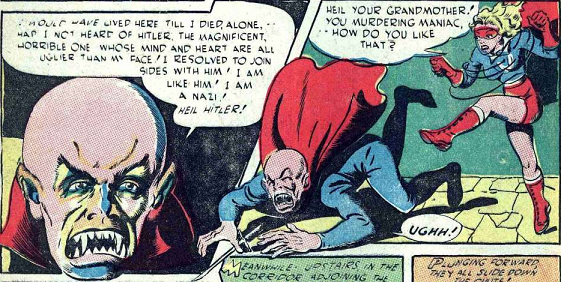