Mel Marvel and his Melody Madcaps 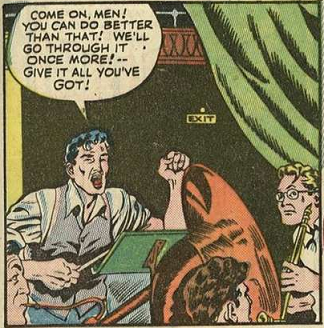 Bandmember Gus Getti is a dope addict, and gets himself murdered after threatening his dealer, just shortly before the band is to debut the leader's new composition "The Boogie-Woogie Dirge" in a remote radio broadcast from the Revue Theater.

Cop "Rookie" Rankin figures out that bandleader Mel Marvel is the one peddling dope to his own bandmembers. But Marvel is murdered by Gus' father before he can face justice. Gus' father Anthony confesses.