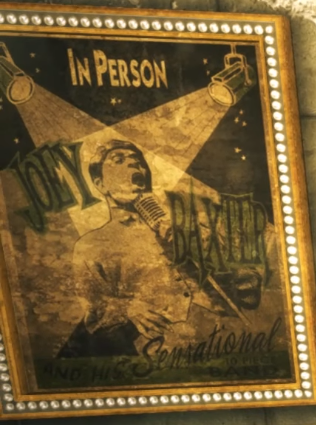 Successful singer from the pre-War era in the Fallout series of computer games universe.

He was scheduled to sing at the Tampico Theater in the Sierra Madre resort/casino for it's gala opening event, along with Vera Keyes and Dean Domino, but that turned out to be the day World War III started, ending civilization.