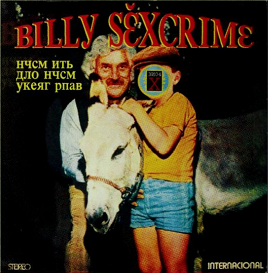 One of the two most popular singers in Kazakhstan, according to reporter Borat Sagdiyev (Sacha Baron Cohen).

One of his album covers was included in the 2007 book tie-in, Borat: Touristic Guidings to Glorious Nation of Kazakhstan. The artwork was borrowed with alterations from the real 1975 album o Velho o Menino e o Burro (The Old Man, The Boy and the Donkey), the soundtrack album to a Brazilian television series of the same name.