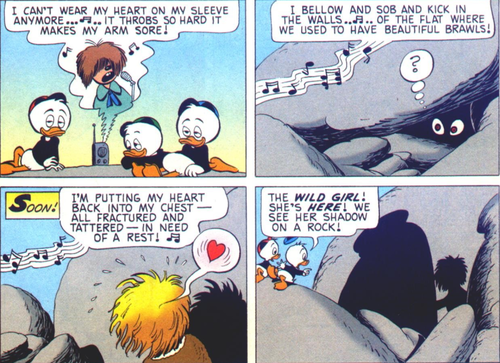 Uncle Scrooge and Donald Duck are in Australia for reasons, and they use Teentwirp's songs to catch a feral girl. The nephews describe him as "the terrific tunesmith of String Box-on-the-Thames."

Barks, previously having made his displeasure with popular music known with three different Elvis parodies, names this singer with his least-veiled opinion yet, "teen twerp." "Tweedy" is probably referencing Conway Twitty, who was still rock and roll at the time.