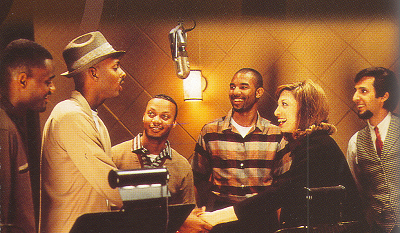 African American doo-wop quartet from the 1996 film Grace of My Heart. They indirectly give the main character, songwriter Denise Waverly (Illeana Douglas) her big break, when their manager Joel Millner (John Turturro) brings them her song "In Another World" and it becomes a hit for them. Then they disappear from the movie completely. The song was really co-written by 1960s hitmaker Gerry Goffin and band Los Lobos.