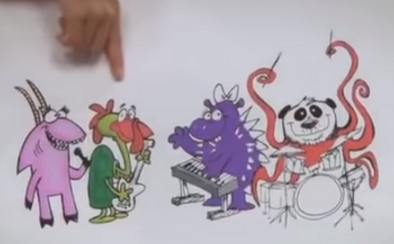 After lying to Chyna Parks' mom about going to see this made-up kid-friendly band (instead of Blood Butcher), Chyna and her friends are forced to create this band and perform as it after the mom insists on going with them to the concert.