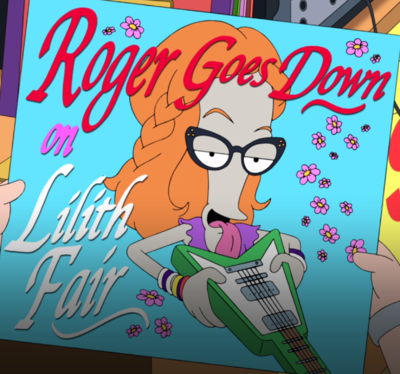 In the "The Best Christmas Story Never" episode (December 17, 2006), Roger discovers a Best of Disco cassette. Normally this is not a big deal, but he discovers it in 1970, accidentally dropped by a time-traveling Stan Smith. Roger uses the tape to invent the entire genre of disco and become the obscenely wealthy music producer Roger Epstein. When disco dies circa 1981, Roger goes broke and his empire crumbles to ashes.