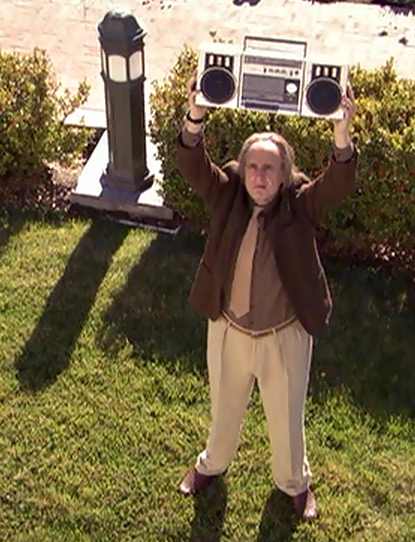 ‎Oscar George Bluth, one-time songwriter and twin brother of Bluth family patriarch George Oscar Bluth, Sr., appears many times through the run of acclaimed television sitcom Arrested Development. His most famous song is "All You Need Is Smiles," which he wrote for David Cassidy and which caused Joan Baez to call him "the shallowest man in the world." Cassidy was supposed to sing the song on The Mike Douglas Show, but chickened out because John and Yoko were there.

In the "Whistler's Mother" episode (4 Apr. 2004) he serenades Lucille Bluth with his version of "All You Need Is Smiles" in Cusack/Say Anything-style (via a boom box held over his head).

Both Oscar and George were played by Jeffrey Tambor.