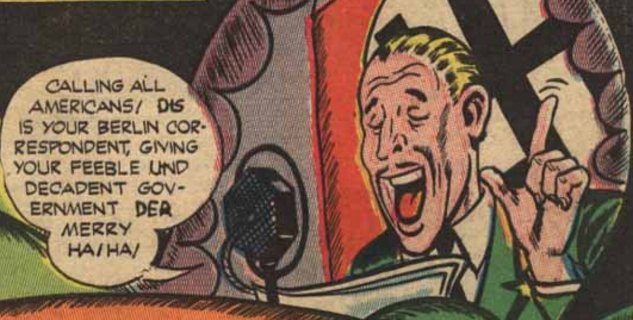 Superhero Steel Sterling tracks him down and finds he's broadcasting from right in the city and is in cahoots with isolationist newspaper publisher Joseph MacGregor who planted a Dictaphone in Brigadier General Coffey's office to record secrets.

His name is a term for "giving someone the business", and also a reference to real Nazi propaganda broadcaster Lord Haw-Haw.