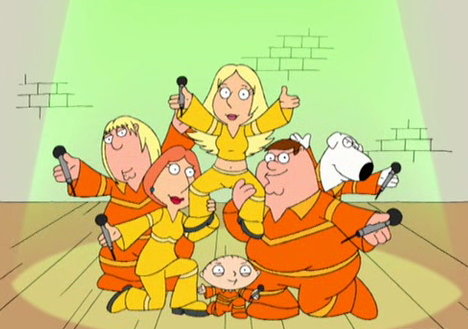 From the animated television series Family Guy (06/05/2005). In the "Don't Make Me Over" episode, plain jane Meg Griffin gets a free makeover at the mall and is turned into a total hottie.

While attending her dad's band's disastrous first gig at a prison, she stops a prison riot with her new good looks. To keep the crowd tamed, Lois throws her a mic and tells her to sing. The rest of the Griffin family backs her up on a bouncy pop tune "Gonna Buy me a Rainbow" right out of a Brady Bunch episode. Jimmy Iovine, head of Interscope Records, and also a prisoner, hears the performance and signs them!

They go on tour, record three albums with producer Dr. Diddy (It's a Family Thang, Statutory, and Meg on Your Face), and become wildly successful because America loves hot white jailbait. Meg turns into a spoiled brat and treats her mom like crap. But the end comes when she is tricked into losing her virginity live on national television to Jimmy Fallon as part of the opening sketch of Saturday Night Live. Devastated and humiliated (who wouldn't be after having sex with with Jimmy Fallon?!), she leaves show business, and goes back to being her old self. 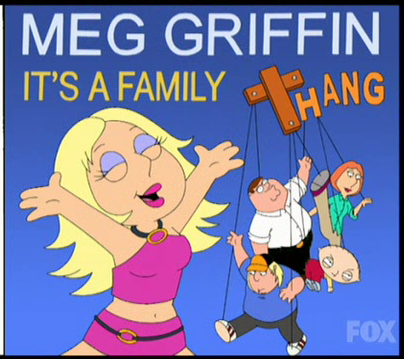 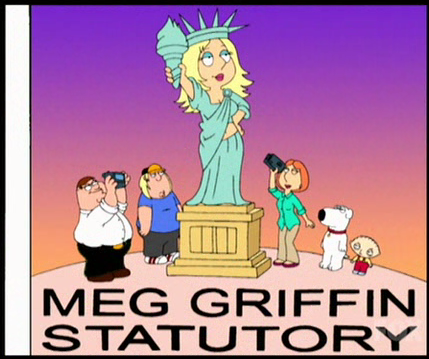 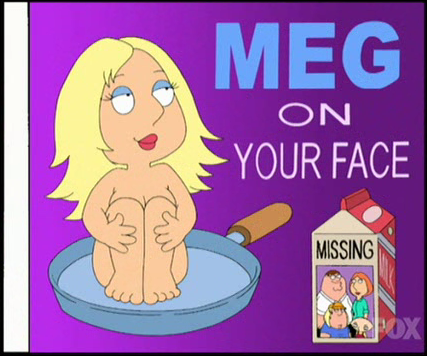