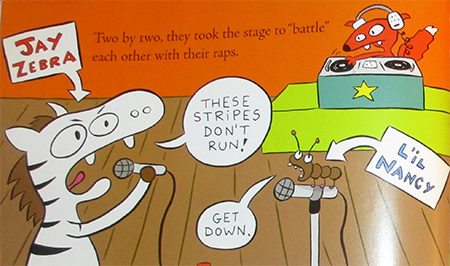 Rapping worm/catepillar thing and contestant in the Oldskool County Rap Off contest in the 2010 children's picture book Hip & Hop, Don't Stop!, written and illustrated by Jef Cjekaz. One of many animal-pun--named rappers, she competes against Jay Zebra.

Hip, a turtle, and Hop, a rabbit, bravely cross the species lines to become friends and compete as Hip & Hop in the contest.