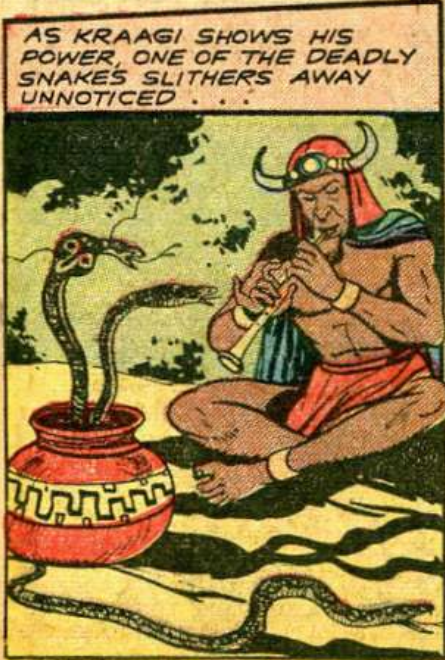 Kraagi's snake charming trick doesn't go so well when one of the snakes wanders off and bites chief Oka's young son. Banished from the tribe and his flute broken, he goes into the jungle. There he makes a new flute and charms the dangerous jungle animals with his playing, vengefully leading them back to the village to destroy it.

Wambi saves the village, and when Kraagi tries to escape, he falls into a river and is eaten by alligators.