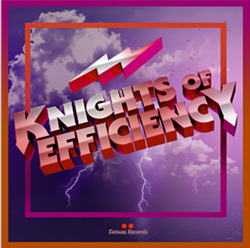 In the 2011 "cargo space meets cyberspace" print ad for the Toyota Prius V, there's a fake rocker and some fake album covers, including one for "Knights of Efficiency." It's not clear, but based on the lightning bolt behind the rocker and the same bolt on the album cover for this bands otherwise boring album cover, let's say the dude with the guitar, band jacket, headband and top hat a la Slash is from Knights of Efficiency.

The ad was done by Serial Cuts, a Madrid-based studio, and commissioned by well-known advertising firm Saatchi & Saatchi LA. They put up an image of the fake album covers [here]. They used some for a "more digging" poster, and also an animated gif for folks to download, showing fingers looking through albums and pulling out a few, including this one.

It's all great, but really? Twelve inch vinyl LP records in this day and age? 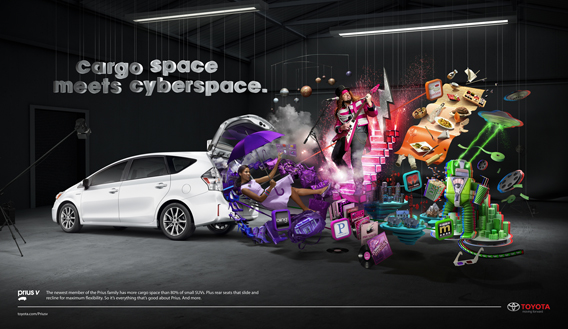 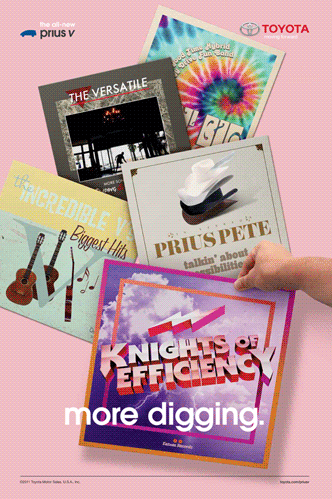