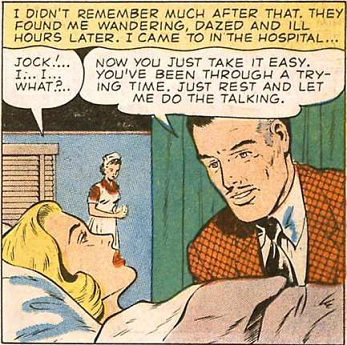 He signs singing duo Danny Weaver and Lynn Powers to front his band.

When Weaver jilts her at the altar, she freaks out so bad she wakes up in a hospital hours later with no memories of how she got there.

Then Weaver gets in an accident just as King and band have to brave dangerous, snowy mountain roads to get a charity gig.

Weaver, on his deathbed at the hospital, tells Powers the truth: King didn't buy her contract from Weaver, he paid Weaver to cancel it. King thought Weaver was dragging her down.