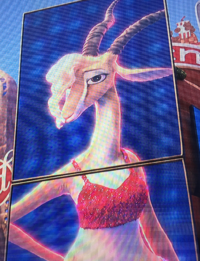 Pop singer voiced by real musician Shakira in the hit animated comedy Zootopia (2016). She appears on a giant video billboard as Judy Hopp enters the city of Zootopia.

Her single, "Try Everything," (apparently from her Try Everything album) appears throughout the film. Her other songs include "Let It Goat," "Part of Your Wool," "Ara-Bunny Nights," and what might be "Can You Feel the Fluff Tonight."

Other bands listed include other animal-pun parodies of real artists: 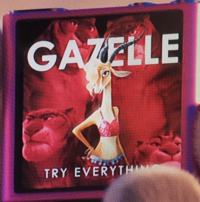