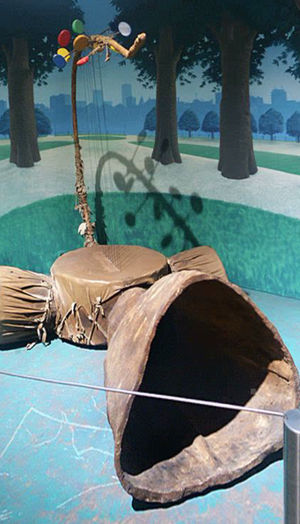 It is capable of such cacophony that it can damage buildings.

Spirou held a contest for readers to build a real gaffophone, resulting in numerous entries.