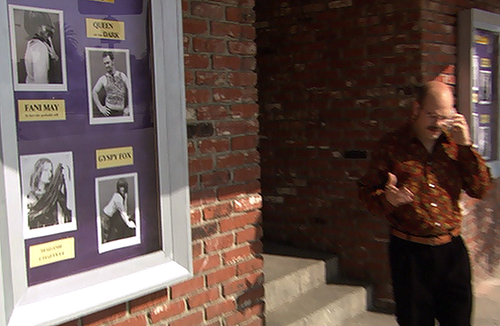 Drag performer at the Queen Mary club in Newport Beach, California. Seen only in a photo displayed on the front of the club. From the "Queen for a Day" episode (23 Jan. 2005) of television sitcom Arrested Development.

Tobias (David Cross) buys the club, unaware that it's a drag club, changes the name to Tobais's Queen Mary, only to quickly sell it later, after getting beaten up by a neighborhood gang.

"Fannie Mae" is the nickname for the Federal National Mortgage Association.