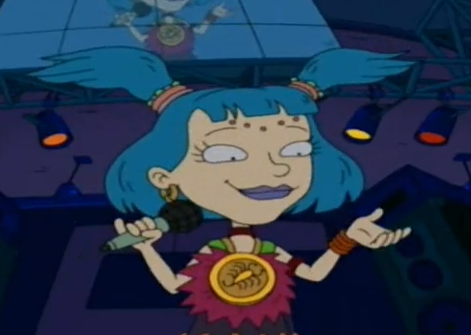 She wears a "retro" scorpio medallion similar to one owned by dad Stu Pickles (voiced by Jack Riley), who views it as a good luck charm for disco dancing contests. At the end of the episode, Emica brings main characters Tommy and Angelica onstage for a singalong/flashback.