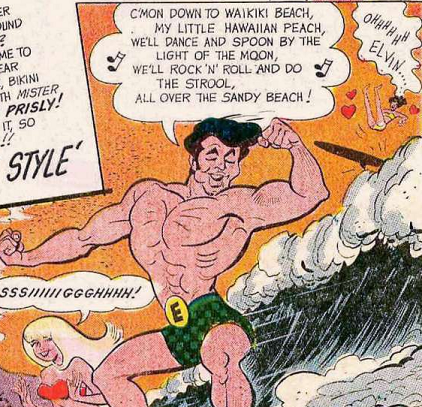 Elvin and Bikini's engagement is announced as a publicity stunt, but neither one wants it, and Bikini calls it off in the next issue.