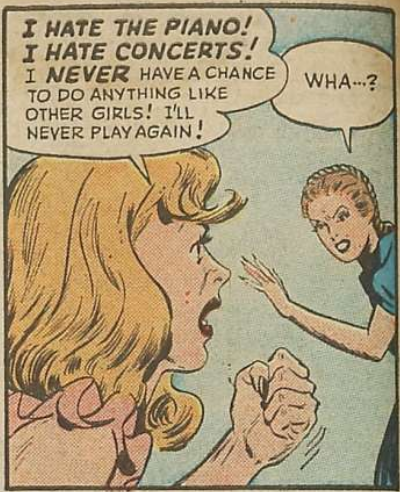 Less-than-aspiring concert pianist from the "No Life of Her Own" story of Fawcett comic book Life Story #3 (June 1949).

After their mother died, Edna's music career seemed the only way out of poverty. Older sister Carol became a demanding taskmistress to Edna, even trying to drive away Edna's boyfriend Johnny Carter.

It gets worse when Carol starts dating music critic Lyle Taylor and gets a taste of high society. She ramps up the pressure, and Edna tries to run away. Carol sees the error of her ways.