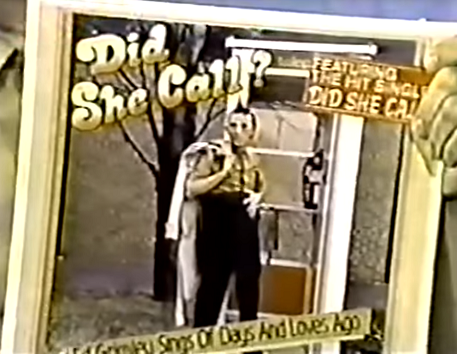 In the "Pledge Week" episode (17 July 1984) of SCTV, series regular, station lackey, and jack-of-all-trades character Ed Grimley (Martin Short) has a new album, Did She Call?. You can get it by donating $60 or more!

It's a concept album about a guy in love with a girl named Rhoda who leaves him for no apparent reason and he's so so sad, doncha know? Grimley sings some of the title track.