Drummy Young and His Orchestra 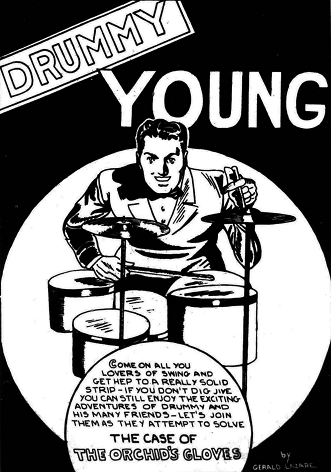 Swing band led by dapper young Canadian crime-fighting swing bandleader Drummy Young, from comic book Dime Comics by Canadian publisher Bell Features. He and his trumpet player Ziggy Eldridge made over a dozen appearances from 1944-1946 in stories such as "The Return of Hunchy" and "The Marijuana Murders!"

Drummy was the creation of comics prodigy Gerald "Jerry" Lazare.