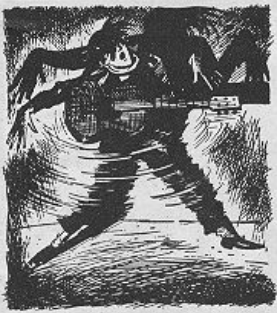 What... what is happening? I think the artist accidentally invented Goth.

The film is based on the novel A Recipe for Dandy Fish, a parody of the real novel King Creole was based on, A Stone For Danny Fisher.

Knish sings "Somebody Stole My Sideburns" and "Have Guitar, Will Pick."