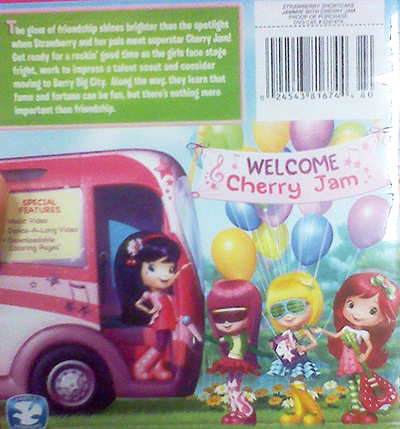 A DVD of several episodes featuring her was released in 2012 under the title: Strawberry Shortcake: Jammin With Cherry Jam.