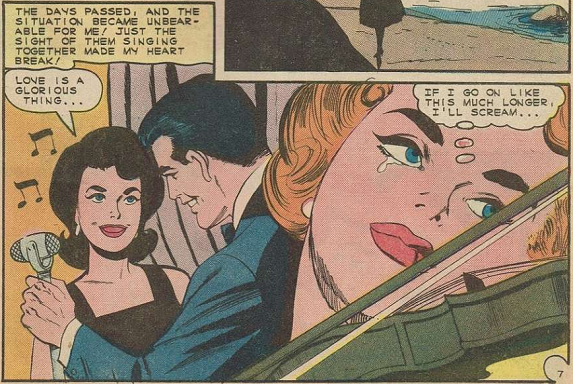 Violinist Terry Bates joins the group when one of the other members gets too sick to tour. Bates had her own local band Terry and Her (the sign is cut off). Terry falls for bandleader Bill Wheeler, but when Wheeler's girlfriend and band singer Gail comes back from vacation, Terry is crushed. Wheeler picks Terry.