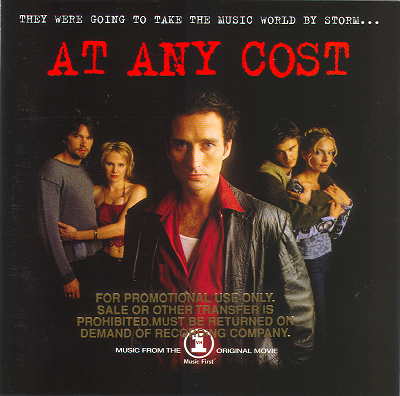 Band from the 2000 VH1 movie At Any Cost. Singer/songwriter Lance (Eddie Mills), his younger brother Mike and Lance's wife, Chelsea (on bass), head out to L.A. to sign with Rage Records. Then, of course, everything goes to hell; Mike dies of a heroin OD, Chelsea quits to watch the kid, their manager Ben (Glenn Quinn) gets all corrupt and although Lance gets replacements, the magic's gone and blah blah blah it used to be about the music, maaaan! Oh, and there's a cameo by Gene Simmons of KISS.