In the story arc, Pa Dugan has been convinced to invest his wife's money in an off, off Broadway show, Has-Beens of 1949, featuring a variety of formerly popular performers now down on their luck. Ma Dugan is dubious, but a friend gets columnist Joe Johnson to promote it in his column, and the show is a hit.

They sing "Shine On, Harvest Moon." 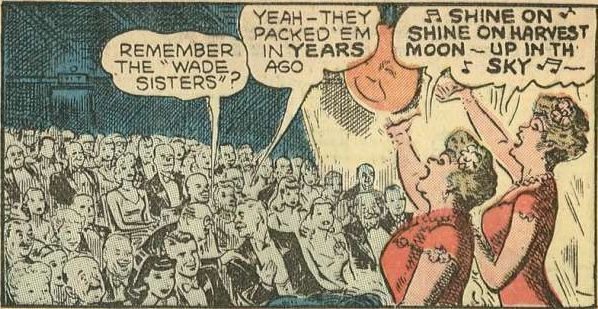