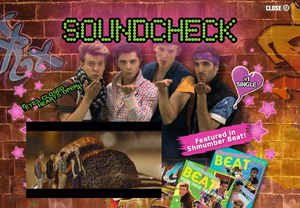 Soundcheck is a four member boy band from the PBS Kids series The Odd Squad. Members of the band include: Tony D., Danny T., Ringo, & Johnny T. The band's song "Take Away Four" is causing havoc around the world. When the song is played four things disappear,(like four tires from a car, four bagels from a dozen) so the Odd Squad has to figure out a solution. Agents Otto and Olive try to convince the band to change the lyrics, but being the artist that he is Danny T. refuses and quits the band. Otto has to join the group to make it a quartet again and change the song to "Gonna Add One." This works and returns the four items, but it also adds four to things that haven't had four taken away. The earth as 5 suns now. But a solution is found by Ms. O (seeing a trend here) and it's a kick ass remix of both songs being played together to keep the world in balance. A wonderful send up of boy bands with a math message. What that message is, I have no idea. You can watch at least for a while or in segments at http://pbskids.org/video/ or at http://pbskids.org/oddsquad/ 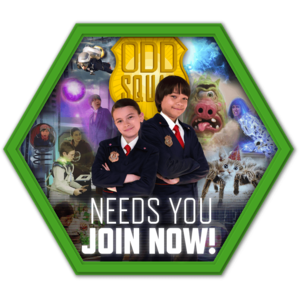