Difference between revisions of "Rocky Preston" 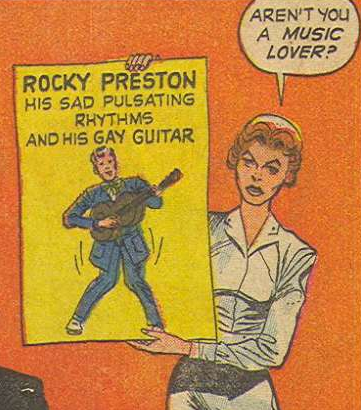 Singer loosely based on Elvis Presley in the "Under Observation" story of Dell comic book Four Color #1200 - Hennesey (August-October 1961), based on the TV series Hennesey, 1959-1962.

Lieutenant Preston is in the Navy, instead of the Army like Elvis, and his popularity causes problems at the naval hospital where the show was set.