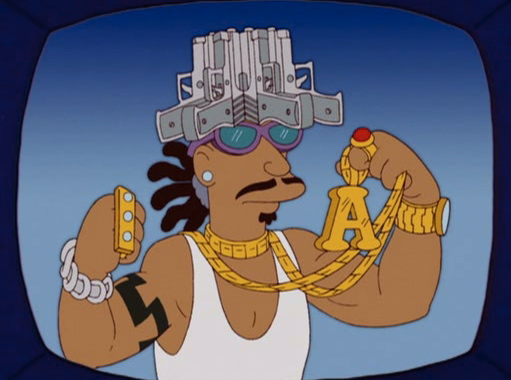 From the animated TV show The Simpsons (02/13/2005). In the "Pranksta Rap" episode, after being forbidden to go, Bart sneaks out of the house to go see the Murder 4 Life rap concert featuring this rapper with all gold teeth. Bart even gets onstage and raps a bit. But when he gets back home, he finds that his folks have discovered his absence, so he fakes his own kidnapping. Real rapper 50 Cent has a cameo as himself, but doesn't play the concert.

Other rappers at the concert who are just glimpsed in the TV commercial for it are: Da Glock Pointers, Romeo Smooth, Queen Booty Shaker, and MC Champagne Millionaire. 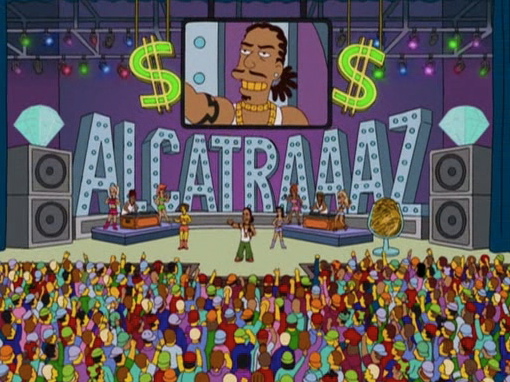