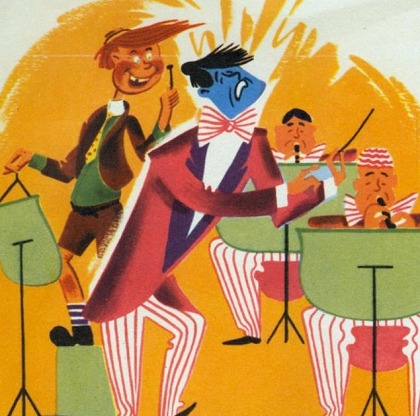 Dance band leader in the 1949 comedy album The Adventures of Gossamer Wump. He gives Gossamer Wump his first job playing triangle for his band. Unfortunately, one night Wump misses his triangle and hits Gout on the head and gets fired.