Difference between revisions of "Vesuvius" 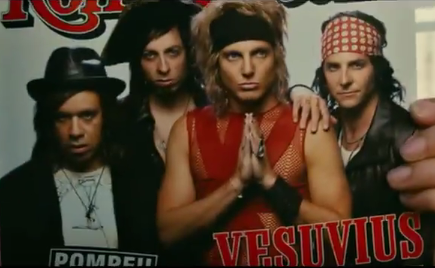 Band from the comedy film The Rocker. This Cleveland 1980s heavy metal band inexplicably manages to still be mega-successful and famous in the present.

In 1986, They kick out their drummer, Robert "Fish" Fishman (Rainn Wilson), in order to land a contract with Matchbox Records. The record company head wants to put his nephew in as drummer instead. Years later, Fishman ends up in the band A.D.D.

In the summer of 2008, their concert for their induction into the Rock and Roll Hall of Fame is marred by a lip-synching scandal.