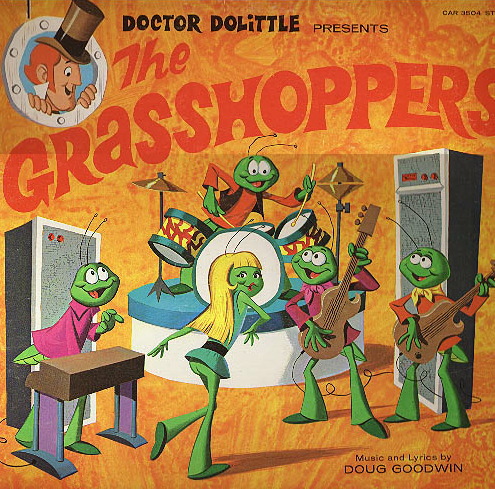 This would be like a real band calling themselves "The Humans." Now that I've got the snarky comment out of the way, would you lookit that grasshopper chick's ass? Damn!!! That is one HOT cartoon grasshopper ass. Damn. Look at Dr. Dolittle, he's TOTALLY checking it out too, and I don't blame him.

Some of the grasshopper voices were done by: Annabell, Ronnie Fallon, and Colin Julian. The band's music and lyrics are... by... sorry, got distracted (is she even wearing pants?!) ... uh, Doug Goodwin, a cartoon composer for decades. 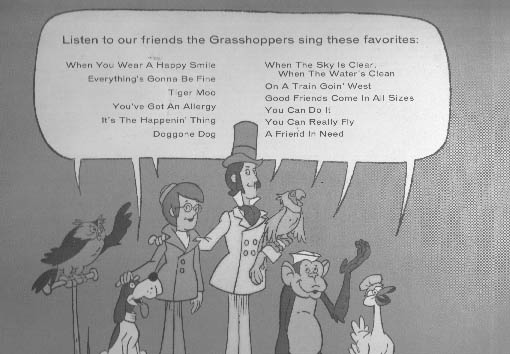