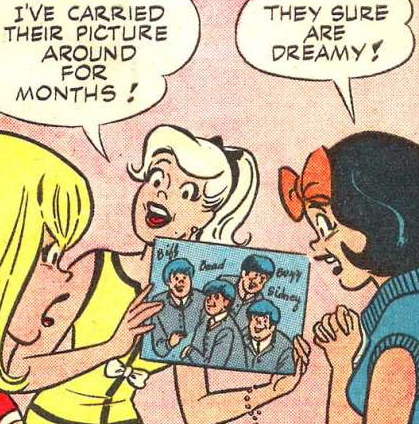 Beatle-esque band from the "On With The Show" story of Tower Comics comic book Tippy Teen #1 (November 1965).

Their latest song is "I Got a Great Big Belt For My Birthday and Now I'm Black and Blue." So, some sort of tribute to domestic violence, there.