Ruben and the Jets 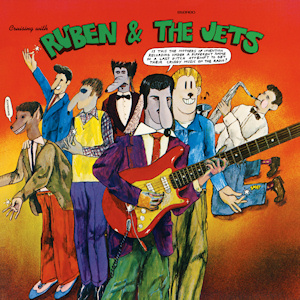 From Cruising with Ruben and the Jets, the 1968 album by Frank Zappa and the Mothers of Invention.

Ruben Sano was the leader of the this fictitious Chicano doo-wop band. Then they get turned into dog-snout people?!

A real band named themselves after the album, with Zappa's approval.