Difference between revisions of "Loaded Blanks" 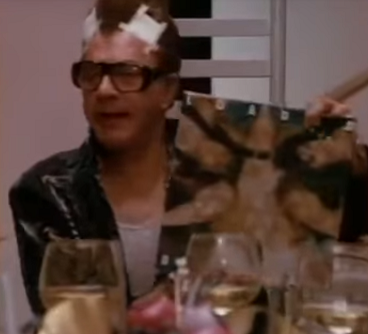 He wrangles them a showcase gig at a fancy party, but Dude gets knocked unconscious by a falling coconut, and maid Audrey James steps in at the last minute.